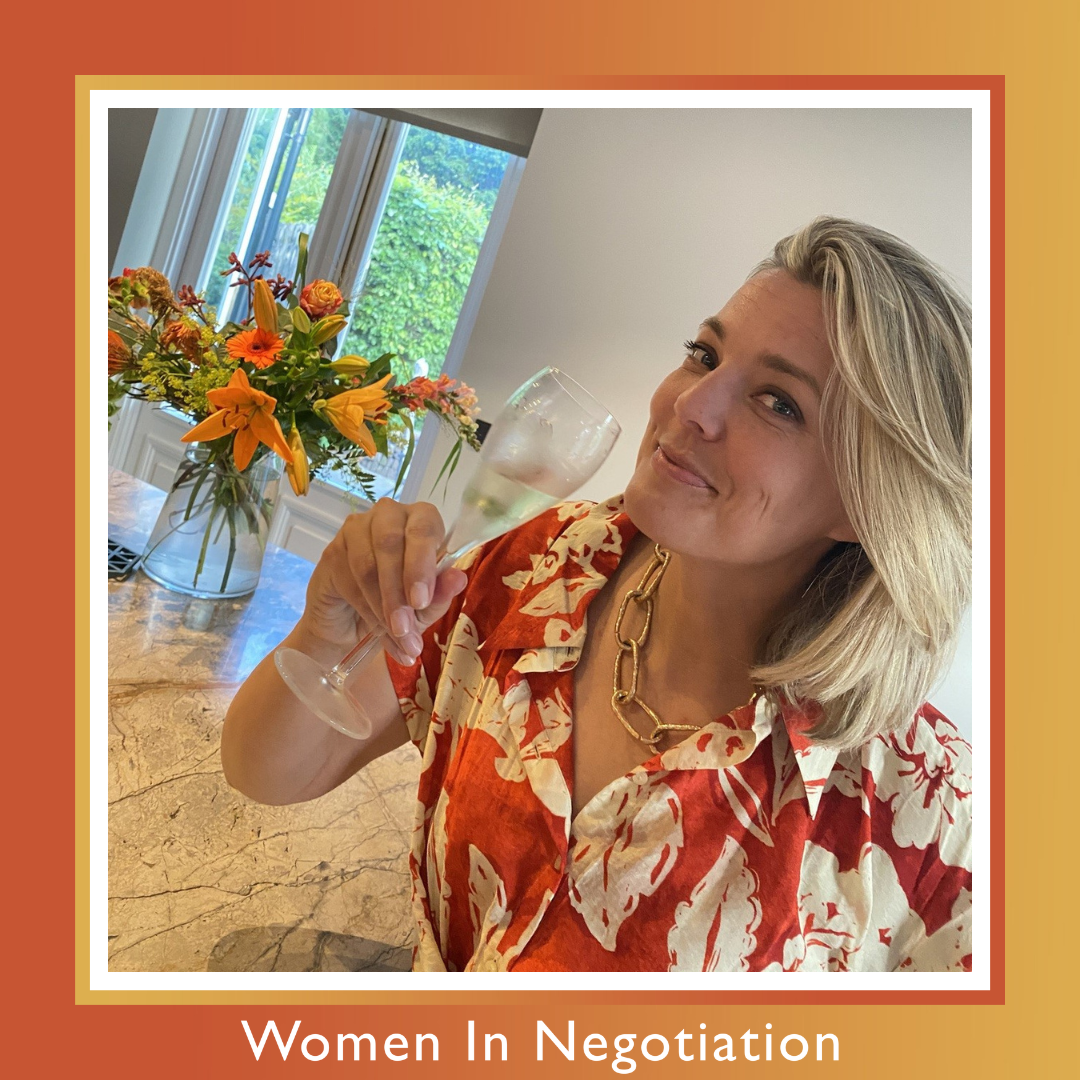 Pull up a chair here at the bar with me, peeps, it’s STORY TIME for this week’s WIN!

This week, I met up with my WINner and friend, to celebrate her recent career successes. And I want to share her story with you all, because there’s so much inspiration and there are so many lessons in there.

When she did the WIN program eighteen months or so ago, she wanted to leave her then employer as she was underpaid. By consistently doing the work, she received different offers, ultimately settling for an approx 50% salary increase, foregoing an even higher offer because other than the money, it wasn’t as perfect as this one.

Joining that new company, soon her responsibilities increased – dramatically. Of course they did: she is badass at her craft, constantly delivers and she is ambitious as hell. Pay didn’t increase in any meaningful way, though. She only had limited energy to fight this, as besides her job, she was also enrolled in a demanding MBA program, which she finished early this year. She tried though, and got nowhere.

As soon as she had brain space and energy, she went back to doing the work from the WIN program and created some fabulous external opportunities for herself. She eventually chose a new role at an exciting company with amazing growth opportunities, and… a 105% salary increase!

More than DOUBLING her salary – not a bad result, eh?

Here’s the kicker though.. One of the reasons I am sharing this story is because of what her boss said after she resigned and they countered with a 40% salary increase: “40% is the max we can do, and that puts you on par with your peers.”

Excuse me? EXCUSE ME? You are admitting that you have been underpaying me by at least 40%?!

I had a minor meltdown when I heard this as you can imagine. Ordering another glass of wine, we dissected this further.

So despite her being in the top percentile of her peer group given her results, you are only willing to pay her the same as her – lesser performing – colleagues.

Also: my dude, your company’s salary system is way off across the board, if your direct competitors are willing to pay so much more (as evidenced by her doubling her salary at the other company).

And lastly: sadly it is unavoidable to think there’s a gender issue here, when the one other woman (also high-performing) on her team of otherwise men, also left for not getting recognised for the value she brought.

I am so happy to say she is doing simply fabulous at this new company. Focused on developing herself further, learning new skills like becoming a valued board member, AND living her life to the max – everybody is WINning when you do the work and you #takeyourselfseriously.

So, friends, what can we learn from all of this?

PS If you want help getting similar results, book a call with me through the link in comments to see if we’re a fit to work together.